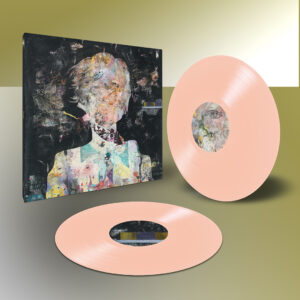 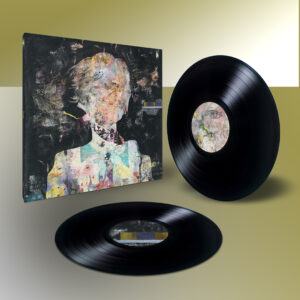 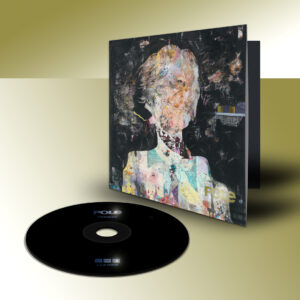 POLE has announced details of a new album, Tempus, which will be released on Mute, 18 November 2022 on vinyl, CD and digitally.
Watch the video for ‘Grauer Sand’ (by Rainer Kohlberger), the first taste of what to expect from the
Tempus (meaning “the tense of a verb group is its form, which usually shows whether you are referring to past, present, or future time”) considers the connection between the past, present and future, and is, explains Betke, “…a natural development to the last album. One which goes further and is even more complex.”

Aside the regular album formats double 12inch vinyl, CD and digtal, a limited edition of pole´s album “Fading” is available as Double Aztec Gold Vinyl in gatefold sleeve and spot gloss finish with high definition download code at your local record store. Follow this link for ordering a copy including poster: ORDER LINK! 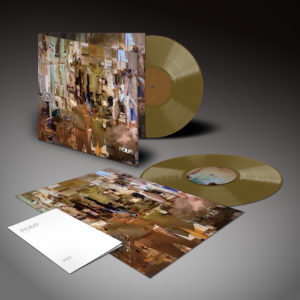 For pre-ordering Vinyl and CD´s in Europe follow this link!

‘Nebelkrähe’ is the latest track to be taken from his forthcoming album, Fading, out on Mute on 6 November 2020:

pole announces details of a new album and shares the first track “Röschen”.
FADING is set for release on Mute Records on 6 November 2020. Available on vinyl, CD and digitally.

The album is available for your Pre-Order here: https://mute.ffm.to/Fading

The album “pole”, released on Mute Records in 2003 (feat. FAT JON) is uploaded on pole´s bandcamp site. The upload includes the tracks of the single releases “45/45” and “90/90” (instrumentals and bonus tracks).

After the re-release of my albums 1, 2 and 3 collated as CD and vinyl box sets on Mute records april 24th , I´m very happy to announce the availablity of the digital files on my bandcamp account. 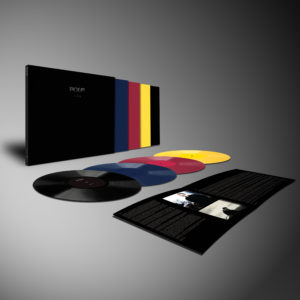 Pole, aka musician, producer and mastering engineer Stefan Betke, has announced the remastered reissue of his debut album releases, 1, 2 and 3, available on Mute Records as a box set on 24 April 2020.

Listen to ‘Silberfisch’, taken from Pole 3 and Pre-Order here: mute.ffm.to/POLE123

pole´s music is available on bandcamp now. The first available releases are the album “wald” and the 7 inch “Lurch” (version) with a remix by Peder Mannerfelt. pole is going to release his complete back catalogue step by step, accompanied by single compilation tracks and remixes. Updates will be announced to bandcamp pole subscribers as well via pole´s facebook site.

April 28th 2018 pole was playing live at the Oscillate party in Birmingham alongside the Oscillate Sound System and Higher Intelligence Agency. The recording of this live set is available on Oscillate´s mixcloud site.

The German pioneer of electronic music Conrad Schnitzler (1937-2011) amassed a vast archive of sounds for use in combination with each other in live performances. In 2011 the idea came up of con-structing new compositions, not remixes, from this material. The Con-Struct series was born. This release features con-structions by Pole: Conrad Schnitzler & pole – Con-Struct will be released on Buerau B as CD, Vinyl and Digital Download march 24th 2017.

January 29th 2016 pole releases a limited 7inch including a remix by PEDER MANNERFELT!
After his album „WALD“ pole releases a version of his track „Lurch“ which was available as bonus download track in Japan only.
The flip side includes an exceptional stripped to the bones remix by Peder Mannerfelt (Roll The Dice, Subliminal Kid)
Limited to 300 copies!

If you would like to order the 7inch directly from pole, please send a message including your full address (shipping address) and your paypal address with the subject “order lurch” via the website (contact/imprint). You will receive a paypal invoice and the record will be shipped after the payment is received.
7inch: 8,50 €
shipping costs:
Germany: 2,50 €, International: 5,00 € – Registered Letter: plus 3,00€ per letter

Since the release date of the album “Wald” in September 2015 we have found quite a bit of interesting reviews and articles in international press and online magazines.
Thank you to all the the journalists who wrote some critical articles about my new album and for your support!

Resident Advisor 07.10.2015
„Betke’s complex work has never been so joyful, free and emotionally rounded….This is a record of great technical skill and imagination, and one that’s also nonetheless soulful and sincere. It’s a testament to Betke’s artistic integrity that he waited patiently for eight years, only releasing Wald because he had something fresh and distinctive to offer.“

Electronic Beats Magazine (print) autumn 2015  (by Deadbeat)
„At a time when so many musicians are lazily mining the past in lieu of charting new creative tracts, WALD is truly a breath of fresh air.“

Drowned In Sound 15.10.2015
As usual, however, Betke knows exactly what he’s doing. Wald, like 2007’s excellent Steingarten and 2003?s underrated self-titled effort, is an evolution of the minimalist dub techno sound Betke first pioneered in the late 1990s…. Unlike those two records, Wald is truly the sound of Pole without filters. Textures bleed into one another to create something that is consistently both beautiful and mysterious. …Yet it is also wholly different from previous works, making it an extremely successful comeback from a true master of modern electronic music.

XLR8R Feature 28.09.2015
„Betke’s just put out Wald, his first full album since 2007’s Steingarten—and it’s perhaps his most intimate and contemplative work yet.  Wald’s a peaceful and warm collection of song—it’s a welcoming, beguiling record, despite that crackle and the occasional shard of distortion. It’s also a plain old great sounding set, proof of his years spent toiling in the mastering business. „

Inverted Audio Feature 11.09.2015
„The music of Stefan Betke aka Pole is in a constant state of flux. His recordings are evidence of his musical evolution, milestones along an open-ended journey. But this does not mean Pole’s albums are provisional or incomplete; on the contrary, they express a kind of perfectionism always aimed at reaching an imagined musical core. For Pole musical reductionism isn’t repetitive or deterministic. It involves constant motion around an ideal core, the smallest possible unit. As a result, all of Pole’s releases, despite their differences, are united by a central question: “How can one extract the most intensity from the least amount of material as possible?”

Forestpunk 20.09.2015
….Unsurprisingly, Betke´s music sounds very, very good indeed. The Bass is deep and crisp, having a hefty dubstep growl, while being tight and focused like a techno track. All of this is filtered through Betke´s dub sensibilities, giving the omnipresent feeling of disembodied hands on the faders. In a world full of possibilities, Betke knows when to keep it simple……

The Wire (print) 9/15
„Given his stylistic transformations in the 2000s were accompanied by a slowdown in releases – from four albums in as many years to a four year wait between 2003’s Pole and 2007’s Steingarten – Wald comes loaded with expectations of creative seclusion producing yet further radical shifts in style…. The cleaner, brighter sound of that record, borrowing bounce from hiphop and the unprecedented use of actual guitars from Fennesz, remains. On Wald, Betke builds on it, producing an album with a grasp of sensuality at the other extreme from the soft, grainy abstraction of the dub techno releases with which he first made his name.“

Dusted Magazine 18.09.2015
“…..Even with incremental developments in the Pole style, Wald surprises and creates suspense. “Eichelhäher” works with a metallic screech on a hobbled repeat. On some passes, it rips, other times it wheezes. Measure by measure, more hairy tones work their way in, ‘til by then end, it’s a half-dozen broken motors spinning. Only Betke could make such a pile of distortion feel so free of aggravation. Stepping gingerly and keeping balanced in precarious places, Wald is a cat. It’s as pleasing as a purr.”

Pitchfork 15.09.2015
“…..Those dub mechanics have a lot to do with the music’s flexible rhythms and odd syncopations, which contribute to the mercurial sense of flow: There are almost always more elements in play than you can track, and whatever silvery filament you choose to focus on, your attention will soon be hijacked by something else. Still, there’s nothing hectic about the listening experience;…..Wald is every bit as contemplative as the forest walks that inspired it. It has an unfettered sense of motion that, for an artist who was once, by his own admission, stuck in a rut, sounds like the sweetest kind of freedom.”

Cyclic Defrost 20.09.2015
“….As you’d expect, the nine tracks collected within exhibit evidence of a considerable shift in Betke’s sound over the ensuing years, but while there’s an increased use of both clarity and distortion, familiar traces of his dubby roots remain firmly in place.” 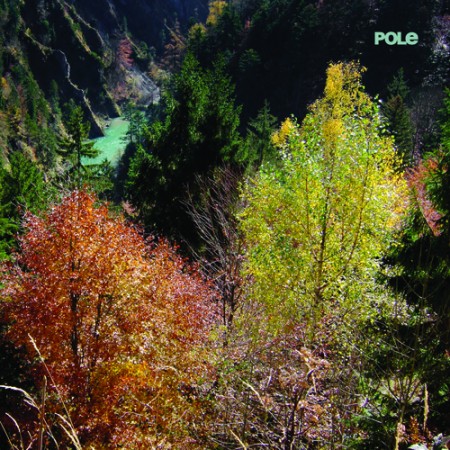 Here comes the 4th preview of my upcoming album “Wald” which will be released September 11th 2015 on my label “pole”. The album will available as double 12inch vinyl, as Digipak CD and as digital download.

With the 3rd sonic preview of my upcoming album “Wald” I´m happy to announce that the official release date is set for September 11th 2015. The album will available as double 12inch vinyl, as Digipak CD and as digital download.
Upcoming show of pole & MFO:
September 24th – London at Village Underground w/ Robin Fox + Atom.

I´m very happy to announce my upcoming album “Wald” with first sonic previews.
“Wald” will be a 50 minutes piece divided into 3 acts, with 3 tracks per act.
More snippets of “wald” will follow during the next weeks on my soundcloud site.
The album is scheduled for mid September 2015. 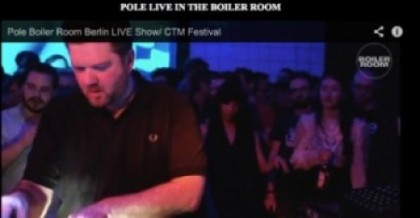 Swedish duo Roll The Dice release an EP of dub remixes by Pole on The Leaf Label (UK) November 19th. Stefan Betke has expertly reworked tracks from last year’s In Dust for this limited 12″/download entitled In Dubs. 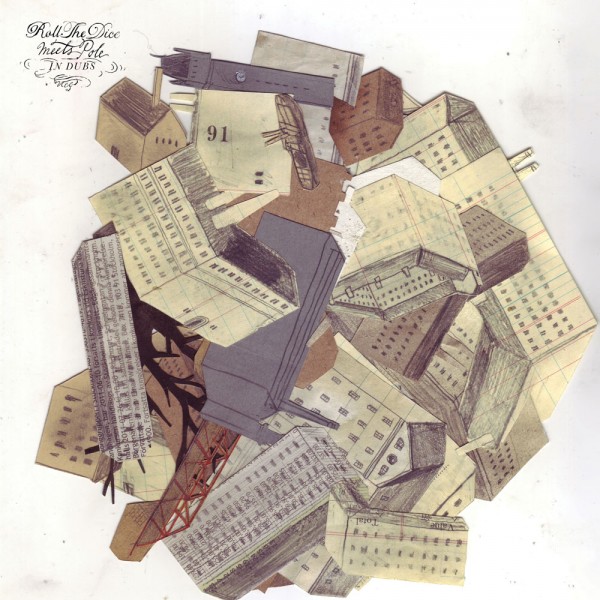 pole´s remix of the title “Soulman” taken from the recently released album of THE ORB feat. LEE SCRATCH PERRY will be out nov. 5th on Cooking Vinyl. pole did a remix for The Echologist aka Brendon Moeller that will be out on the danish Echocord Colour label oct 1st 2012.

The third and final part of the “waldgeschichten” 12inch series highlights and expands upon pole´s distinctive sound, connecting to the first two parts of the trilogy in a charming way. Again a fundamental element is the very specific drum sound embedded in complex dubby structures, seamlessly unified with the warm and deep basslines.
If you have had the pleasure of listening to one of pole´s live concerts recently, then you will immediately recognize the “lurch” and “moos”.

After the stripped down second part of the trilogy, with its wintery atmosphere, these tracks appear to be floating in melancholy. The field recordings and sounds fade away into echoes, grounded with massive bass.
This is a perfect conclusion to the series, offering a foretaste of the upcoming pole album. 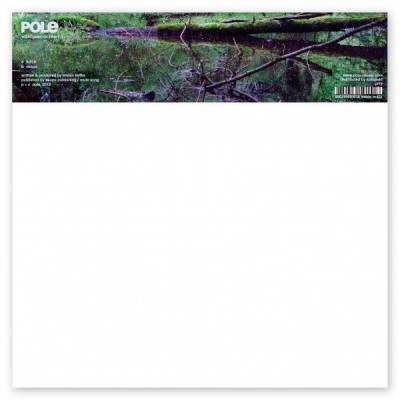